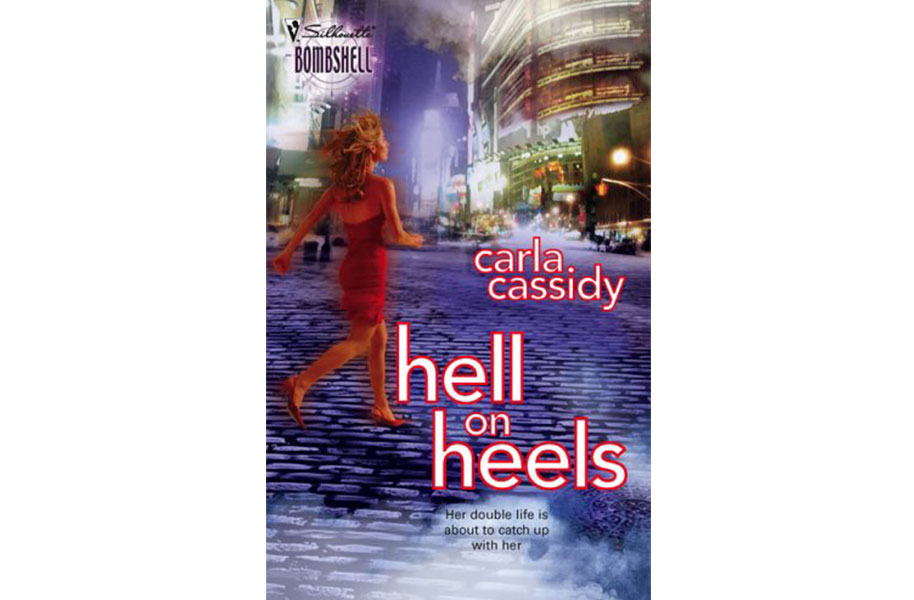 Hell On Heels by Carla Cassidy

When the man who attacked her best friend skips bail, heiress-turned-bounty-hunter Chantal Worthington swears to do justice with any weapon at hand, even a pair of designer spike heels! Problem is, another bounty hunter’s already on the case – deliciously scruffy Luke Coleman.

After Chantal gets a tip the rapist’s gone to ground in Mexico, she’s off like a shot, seeking closure for her friend. But Luke’s right on her high heels at every turn, not to be bested by a snooty socialite.

As bullets fly, they’ll either fight it out tooth-and-nail, or work together to bring the bail-jumper into custody. Maybe both!