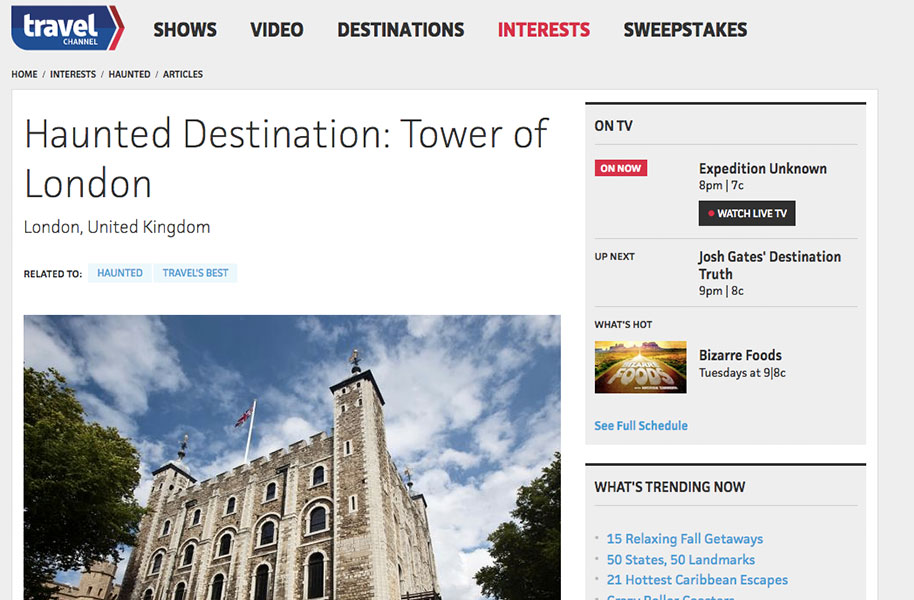 Narratives from The Travel Channel’s GPS Project. The subjects are points of interest chosen for travelers in selected cities, written for handheld devices and professionally audio-recorded.

When you step foot in Ten Thousand Waves, you may think you’ve hit Nirvana. Artfully tucked away in the mountains near Santa Fe’s ski basin, this world-class spa greets you with peaceful koi ponds, tinkling waterfalls, subtle incense and the sight of some of the most relaxed, happy guests in the world.

Many visit for an hour or two après ski or as a break from sightseeing, but elegant lodging, similar to Japanese ryokan, is also offered at the spa’s Houses of the Moon. Any number of private and communal baths, sumptuous spa treatments and facials are available. Each hot tub is subtly worked into the spa’s natural surroundings to add to the tranquility.

You probably won’t ever want to leave.

Bourbon Street never fails to entertain. It’s infamous for its inebriated crowds, loud music and for the sometimes risqué behavior of the young people who flock here, especially during Mardi Gras. But the truth is, Bourbon Street offers a variety of sinful pleasures no matter what time of year. People expect it, and Bourbon doesn’t disappoint.

Named after the French royal family, Bourbon Street is an historic avenue that’s got fine dining restaurants like Galatoire’s, discos, jazz clubs, casual eateries like the Acme Oyster House, plus colonial residences and landmark hotels. It’s also got palm-readers, kooky souvenir shops, seedy strip clubs, and an abundance of bars known for drinks like Hurricanes and Hand Grenades. You’ll have a heck of a time here – and in all likelihood, a hangover to match.

Be prepared to be scared – a visit to the Tower of London offers a window into the darker side of London’s history. Ghosts of prisoners past haunt this ancient, historic fortress that dates all the way back to the time of William the Conqueror.

While you’re exploring the precincts, check out the Tower Green, where famous figures from queens to spies were executed in centuries past, and the forbidding White Tower, the complex’s centerpiece. In the winter, a skating rink resides in the dry moat if you’re up for lighter fun. Don’t forget to view the Crown Jewels and visit the resident ravens. Legend has it that their presence at the Tower keeps the monarchy safe.

Touristy or not, every first-time visitor to Prague has to join the gaggle in front of the hourly show at the Astronomical Clock, or as the Czech affectionately call it, “Orjoj” (Or-loy).

This 600-year-old clock does more than just tell the time. It also shows the movement of the sun (note that the sun travels around the earth!), the moon and the stars, and marks the calendar.

The hourly show isn’t very politically correct. In addition to including the 12 Apostles, you’ll see death represented by a skeleton ringing a bell, Vanity admiring himself in the mirror, a menacing Turk shaking his head and a Jew holding a moneybag representing greed. Take it all in stride and chalk it up to the passing of time.